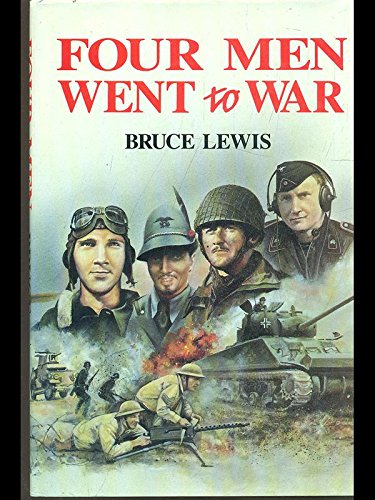 This book tells of the adventures of four men of different nationalities who found themselves caught up in the maelstrom of the Second World War. Each of them told their stories to Bruce Lewis who has skilfully managed to preserve the idiosyncrasies of the contrasting cultures and backgrounds of the four men. Odell Dobson came from the State of Virginia and at the time when his adventures really began he was a waist-gunner in a B24 Liberator. George 'Poacher' Paine came from Hackney in the East End of London, volunteered in 1940 and was posted to 696 Artisan Works Company, Royal Engineers. Bored with his job, he repeatedly volunteered for active service, but was turned down on each occasion until one day he was told that he had been chosen for a parachute course, a turn of events which was to take him, via North Africa, to Arnhem and into the hands of the Germans. Helmut Steiner grew up in Cologne, happily absorbed the Nazi indoctrination of the 1930s, and went off to the Russian Front as a tank driver, utterly convinced of the invincibility of the Third Reich. Defeat in the East did not altogether shatter his ideals. Antonio Benetti's childhood was spent variously in Venice, Padua, Milan and Rome. When Italy entered the war he was an officer in the 7th Alpini Regiment-a regiment of ski commandos. The extraordinary story of his unit's journey to Russia and back makes a fitting climax to the book. Bruce Lewis has, as far as possible, told each man's story in his own words. The result gives a fascinating insight into the effects of background and nationality on each man's attitude to war. Odell's stoicism, Paine's chirpy good humour, Steiner's fanaticism and Bonetti's awareness of the futility of it all seem to sum up in microcosm the attitudes of the countries which they served.