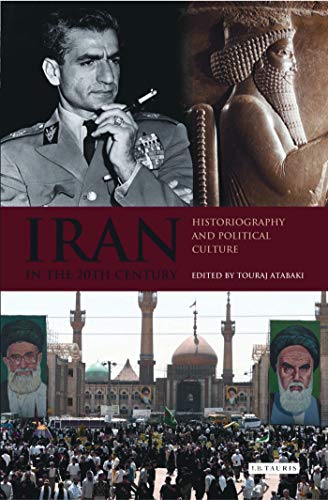 Political upheaval has marked Iran's history throughout the twentieth century. The country has been ravaged by two world wars and the brutal Iran-Iraq War which cost tens of thousands of lives. There was a Constitutional Revolution in 1905-1909 and coups in 1921 and 1953, when Reza Shah and Mohammad Reza Shah Pahlavi took absolute power, followed by yet another revolution in 1979 when Ayatollah Khomeini proclaimed the Islamic Republic.Wars, revolutions, coups and the impact of modernism have transformed power relations among the political and military elite and have led to radical political, social, cultural, religious and change throughout state and society. These upheavals have shaped Iran's historiography, just as they have the country's history. Originally based on oral and written sources, which underpinned traditional genealogical and dynastic history, Iran's historiography was transformed in the early 20th century with the development of a 'new' school of presenting history. Here emphasis shifted from the anecdotal story-telling genre to social, political, economic, cultural and religious history-writing.A new understanding of the nation state and the importance of identity and foreign relations in defining Iran's place in the modern world all served to transform the perspective of Iranian historiography.Touraj Atabaki here brings together a range of rich contributions from international scholars who cover the leading themes of the historiography of 20th-century Iran, including constitutional reform and revolution, literature and architecture, identity, women and gender, nationalism, modernism, Orientalism, Marxism and Islamism.